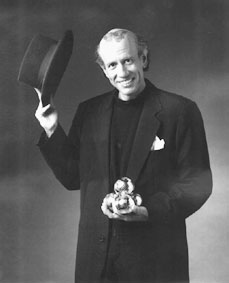 Robert Nelson (1949 – 2012), aka The Butterfly Man, was one of the most prominent street performing jugglers of all time. While he was a skilled juggler and unicyclist, it was his personality and ability to work a crowd that endeared him to audiences for over thirty five years.

This is one of Robert Nelson’s earliest clubs. It’s a Jay Green American club from the early 1970′s. This club was also juggled by Bobby May and Art Jennings. Donated by Erin Stephens.