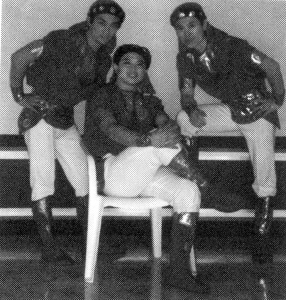 The Qian Brothers are a Chinese juggling trio consisting of Qian Jian Ping, Qian Jian Hua and Qian Jian Wen. They were members of the Nanjing Acrobatic Troupe. They are perhaps the greatest Chinese jugglers of all time, performing solo juggling of 7 badminton rackets and 10 rings, as well as a three man line of 18 rings. In 1986 the Qian Brothers competed in the Festival Mondial du Cirque de Demain in Paris, where they won a gold medal and the Prize of the President of the Republic – the festival’s top award. While performing with the Big Apple Circus in 1989, they defected to the United States. 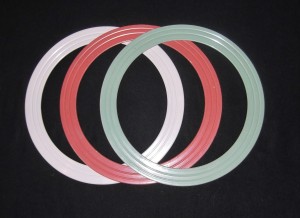 Here is a video of the Qian Brothers in performance.