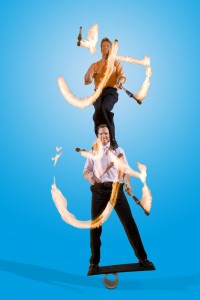 The Passing Zone is the technical / comedy juggling duo comprised of Owen Morse (born 1966) and Jonathan Wee (born 1966). They have been performing together since 1988 and have won numerous awards, including the 1989 IJA Teams Championships, many IJA Numbers and Joggling gold medals, and five Guinness World Records. They have appeared on the Tonight Show with Johnny Carson and were finalists on America’s Got Talent in 2006. They are one of the most successful and respected comedy juggling teams in the world. 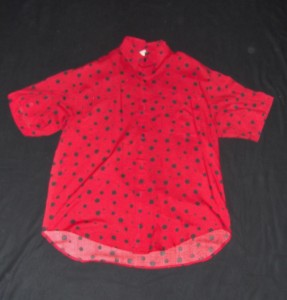 This is the original costume shirt worn by Jonathan Wee that inspired their well known polka dot shirt gag. Donated by the Passing Zone.