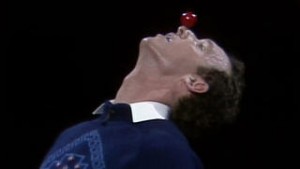 Michael Davis is the best known American comedy juggler of the late twentieth century. He made numerous television appearances and was a favorite performer of Ronald Reagan, George H.W. Bush, and Bill Clinton. He also appeared on Broadway. 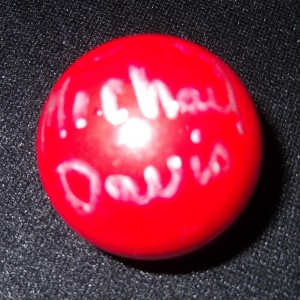 This is one of Michael Davis’ ping pong balls, acquired as part of the Paul Bachman Collection.