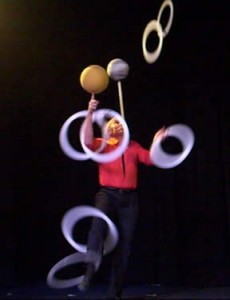 Michel Chirrick is Lottie Brunn’s son. He’s had a long career beginning in 1970 and continues to perform wonderful ball spinning and combination tricks to this day. Michael was the 2009 winner of the IJA Award of Excellence. He is one of the world’s most traveled jugglers. The above picture shows Michael using the two props shown below to perform his version of the Brunn Finish. 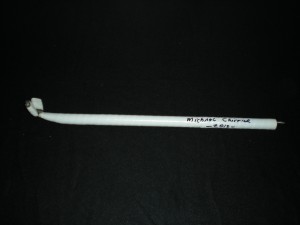 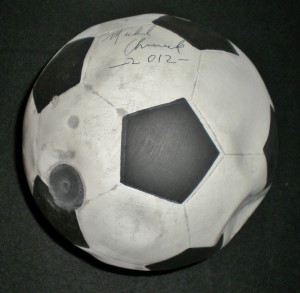 This is a Michael Chriick spinning ball. Donated by Michael Chirrick.