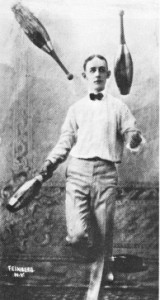 Harry Lind (1879-1967) was the preeminent maker of juggling clubs in the U.S. from the 1930s until his death in 1967. In the years following a 20-year stage career as a juggler and club-swinger, Lind purchased woodworking equipment from circus propmaker Edward Van Wyck and set up shop in his hometown of Jamestown, N.Y.. Harry Lind was one of the founders of the IJA, was president in 1953, and chairman of the Chautauqua, N.Y. convention in 1957.

This is one of Harry Lind’s personal swinging clubs. Acquired as part of the Paul Bachman Collection. 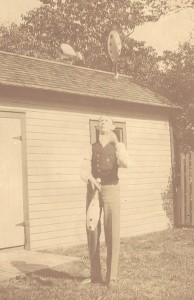