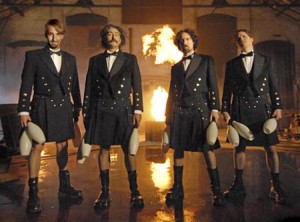 The Flying Karamazov Brothers are a very successful comedy juggling troupe originally from Santa Cruz, CA (USA) that has been performing since 1973. They have performed on film, tv, and Broadway. The FKBs were started by Howard Jay Patterson and Paul David Magid and has had at least fifteen members, although they usually have performed as a quartet or quintet. 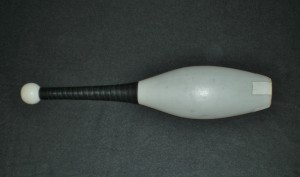 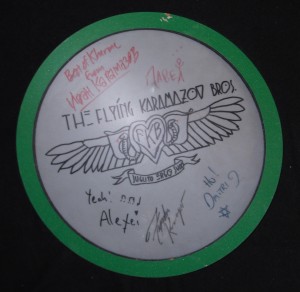 This is an autographed FKB’s drum head. Acquired as part of the Paul Bachman Collection.