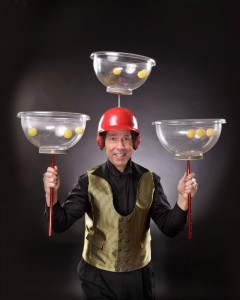 Dan Holzman is a multiple Guinness World Record holding comedy juggler from the USA. He has had a long career as both a solo juggler and as one half of the comedy juggling duo the Raspyni Brothers. He has appeared on television numerous times and has won many awards for his work. 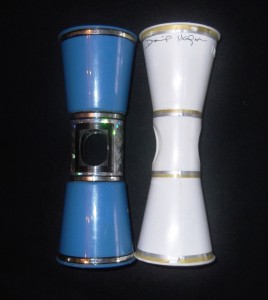 These are the prototype and an early version of Dan Holzman’s Volcano Ball, a juggling related skill toy. You can visit www.volcanoball.com to learn more about this very interesting prop / skill toy.