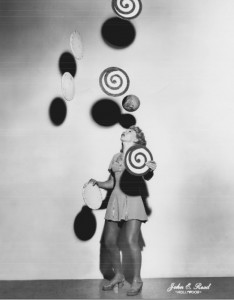 Trixie was born Martha Firschke on June 14, 1920 in Budapest, Hungary. Among her very impressive skills were her ability to juggle five large balls, seven plates, six plates while heading a ball, heading two balls at once, and amazing ball and mouthstick work. She is best known for performing her act for many years while ice skating. Trixie passed away in 2001. 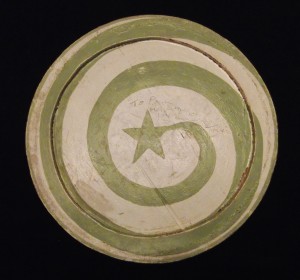 This is one of Trixie’s wooden discs / plates, autographed by Trixie. Acquired as part of the Paul Bachman Collection.