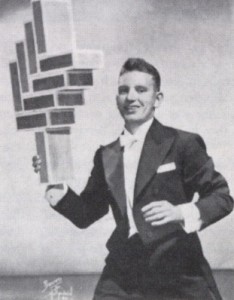 Topper Martyn was born Victor Clifton Martyn in London, England, in 1923. He was the son of famed Australian jugglers, Martyn and Florence. He became a part of the family act at the age of two after wandering onstage while his parents were performing and becoming an instant hit. He learned to juggle at the age of five and began performing at the age of 14. He became equally well known as a comedy juggler and comedy magician and performed both skills all around the world for many decades. He also was a talented banjo, violin, and piano player. Topper was one of the first jugglers to perform on ice skates, doing so from 1946 to 1959. He performed many gentleman juggler style tricks, but also worked with clubs and performed several quite eccentric routines. In 1965, Topper wrote the book Easy Juggling For Magicians. He passed away in 2004. 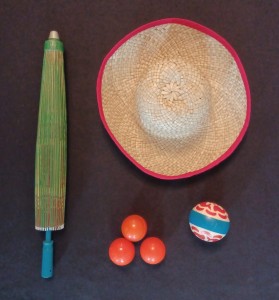