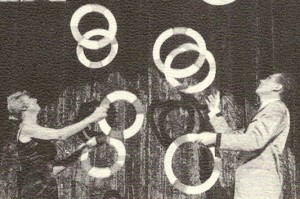 Carl (1920-2003) and Ruth (1919-2013) Carlsson (Wollbruck) were well-known jugglers for many decades. They performed together on the original Mickey Mouse Club television show, The Monkees television show, and many other programs. Ruth was best known for kicking up cups and saucers to her head and for inventing the routine of playing a xylophone by spitting a table tennis ball at the instrument. Carl was best known for starring in the television movie The Juggler of Notre Dame and for playing Michael Moschen’s mentor on the television show L.A. Law. 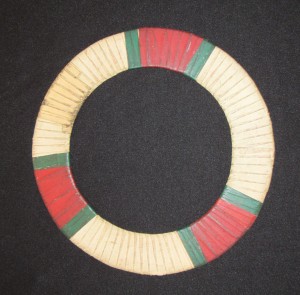 This is one of the Carlsson’s wooden juggling rings. Purchased by David Cain. 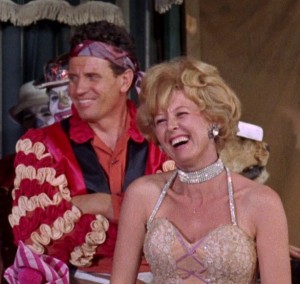