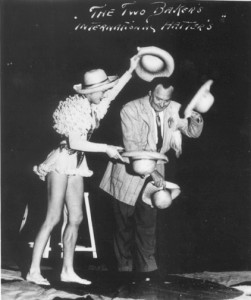 The Bakers were a husband and wife juggling act that specialized in hat juggling. Harry Baker was born in 1893 in New York (USA). His wife Peggy was born in Manchester, UK. Harry learned to juggle at the age of twelve and was a popular juggler on the Vaudeville Orpheum Circuit in the 1920s. He married Peggy in 1939 and couple performed around the world into the 1970s. Harry passed away in 1980. 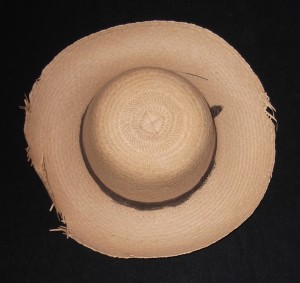 This is one of the straw hats used by the Bakers in their act. Acquired as part of the Paul Bachman Collection.