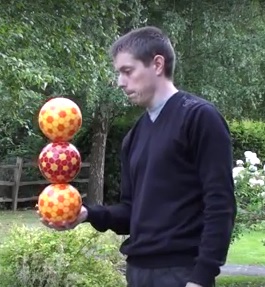 Peter Bone is a British juggler who began juggling in 1991. He is best known for his incredible numbers juggling with balls and his unique balance tricks. 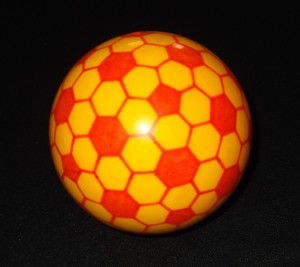 This ball was used by Peter Bone for his three ball balance stack, an old school trick that Peter reintroduced to the juggling world. Donated by Peter Bone. 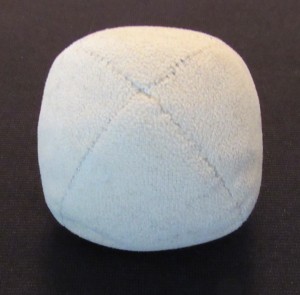