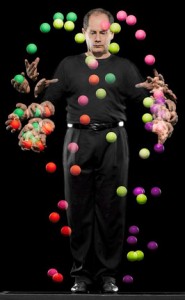 Michael Moschen is one of the most important and famous jugglers of all time. He is the main driving force behind contact juggling and much of what is now called flow arts. He is one of the most innovative jugglers of all time. He is the winner of the 1990 MacArthur Foundation Genius Grant and had his own PBS television special in 1991 titled in Motion with Michael Moschen. He performed the contact juggling for David Bowie’s character in the movie Labyrinth. He was the winner of the 1992 IJA Award of Excellence. 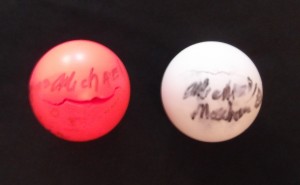