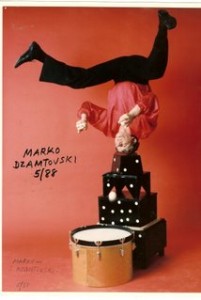 Marko Dzamtovski trained in a Yugoslavian circus school and learned to juggle three and four clubs while balancing upside down on a head pedestal before trying inverted ball bouncing. He eventually performed a three ball cascade and shower and a four ball shower off a drum. In practice, he was able to achieve around twenty catches of five balls and even a flash of six balls off the drum. He also performed ping pong ball mouth juggling and boomerang plates. 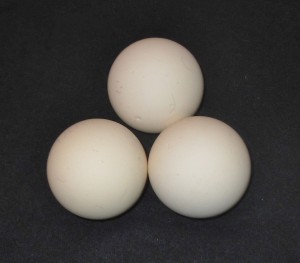 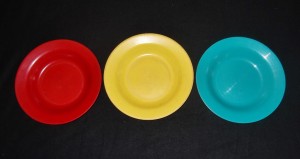 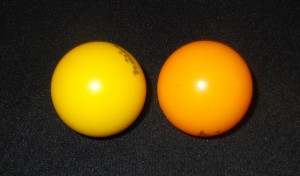