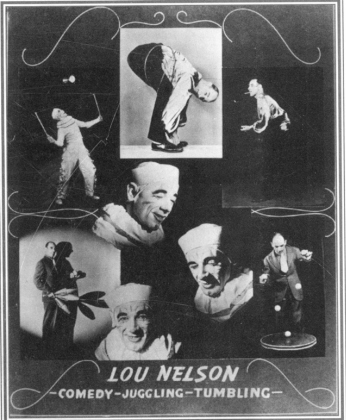 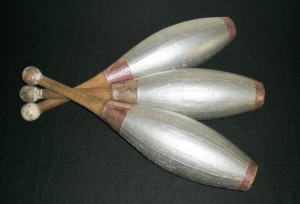 These are Lou Nelson’s Van Wyck juggling clubs which he purchased second hand from an unnamed vaudeville juggler in 1935. They still have their original decorations intact, which is very rare.