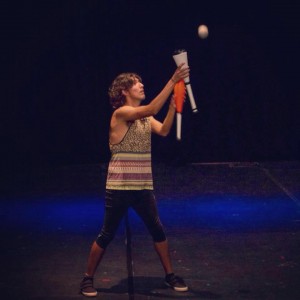 JJorge Vilchis (born 1986) is one of the most influential and important jugglers in Latin America today as both a performer and a teacher. He is from Toluca, México and is the founder of the popular performance troupe “Conejo Lunar” (Moon Rabbit). Jorge has been instrumental in the shift of the IJA to having a strong international focus and reach. In 2014, Jorge took over leadership of the IJA’s Tricks of the Month video program for eJuggle, originally founded by Erin Stephens. This program has featured over 200 jugglers from around the globe, and has been instrumental to uniting the international juggling community. Jorge is the official IJA Mexican Representative, and is an organizer for the IJA Regional Competitions.