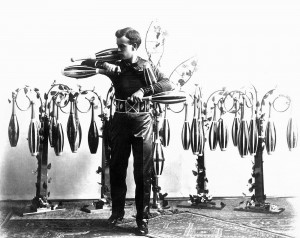 John P. Thomas (1876-1956) was an American juggler from Salt Lake City, Utah. He was one of the first five club jugglers and could supposedly briefly juggle 7 clubs with the help of an assistant who threw in two clubs. He lost one of his legs early in his career but continued performing for more than 20 years after the accident.

This is a giant Van Wyck club used by John P. Thomas. Donated by Quentin Wells. 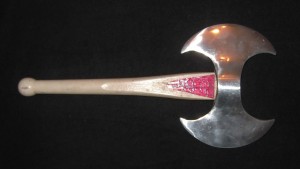 This is a Van Wyck axe used by John P. Thomas. Donated by Quentin Wells.