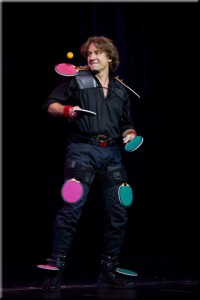 Jeff Taveggia is a well known circus and cruise ship juggler best known for his Paddleman routine, were he bounces ping pong balls off of paddles attached to various parts of his body. He has had a long and successful career. 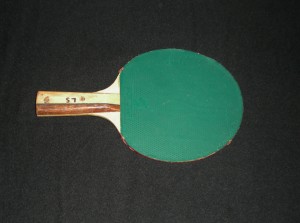 This is a Dube long handled club used by Jeff Taveggia for 7 clubs. It was also juggled by Russian juggling legend Sergei Ignatov. 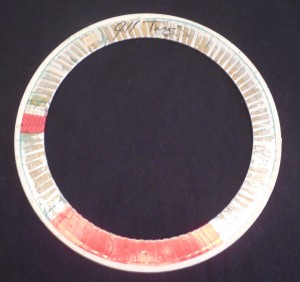 This is one of Jeff Taveggia’s rings. Acquired as part of the Paul Bachman Collection.