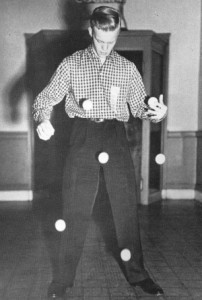 Hovey Burgess (born 1940) is a very well-known juggler and circus educator. He is the first known person to do a 7 ball lift bounce and has taught circus arts at the Tisch School of the Arts at New York University since 1966. He is still performing and teaching today.

This is a Stu Raynolds fiberglass club used by Hovey Burgess and Judy Finelli in 1977 to pass 10 clubs. This achievement was a first for American jugglers and may have been a world first. 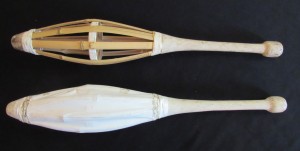 These are skeleton clubs made by Hovey Burgess in the 1970s. On loan from the IJA Archives. 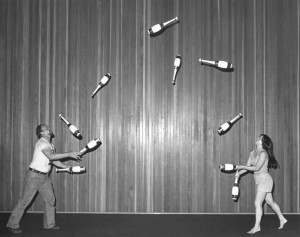