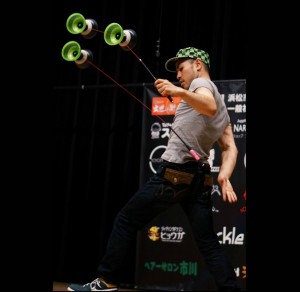 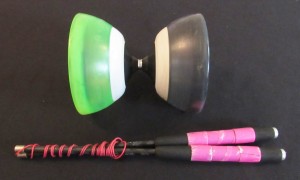 This is one of Hayato Watanabe’s performance diabolos that he used when he won the 2017 IJA Individual Championship. Donated by Hyato Wtanabe.