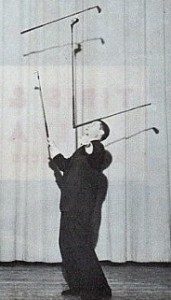 Gus Lauppe (1922-2003) was a German juggler who had a wonderful career that spanned from 1946 to 1979. He married Ursula Hill in 1950 and joined her, and eventually their son, as a team. Gus was a huge fan of juggling and mentored many other performers. 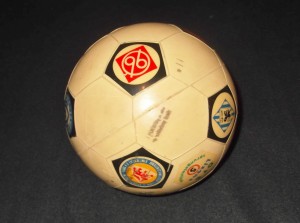 This is a large Gus Lauppe juggling ball. Donated by Paul Bachman.

Here’s a video of Gus with his wife, Ursula Hill, and their son, Don: video