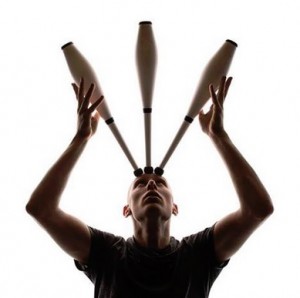 Emil Dahl is a Swedish juggler famous for his act with magnetic clubs and for being the first person to flash nine clubs. He is a graduate of the University of Dance and Circus in Stockholm, Sweden.

This is one of the clubs that Emil Dahl used for his nine club flash, which can me seen by clicking here. Autographed by Emil Dahl and donated by Erik Aberg.