Eddy Carello Sr.(1921 – 2007) was a Swiss juggler who performed a variety of amazing combination tricks and balances as well as traditional toss juggling and plate spinning. 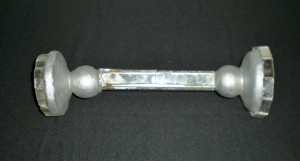 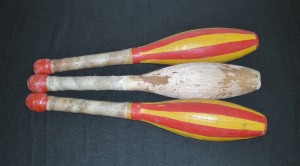 These are Eddy Carello Sr.’s clubs from the late 1940′s. They have a hardwood handle and balsa wood body. Donated by Eddy Carello Jr..