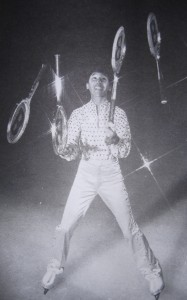 David Lucas (born David Moreira in 1969) is an American juggler known for his work juggling while ice skating early in his career and his transition to comedy juggler later. He is the brother of Albert Lucas and was the IJA Juniors Champion in 1984. 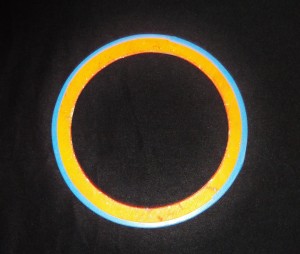 This is a wooden David Lucas ring. Donated by Paul Bachman.

This is one of David Lucas’ childhood clubs. It is a miniature composite club. Acquired as part of the Paul Bachman Collection.