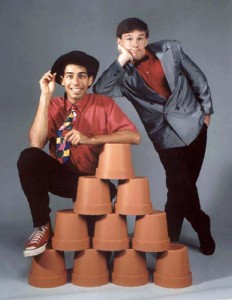 Clockwork was an American juggling team consisting of Jack Kalvan and Rick Rubenstein. They performed together from 1989 to 2000 and were frequent competitors in the IJA Teams Championships and performed all over the world. They were best known for their work with flowerpots, large balls, and clubs, as well as comedy routines. 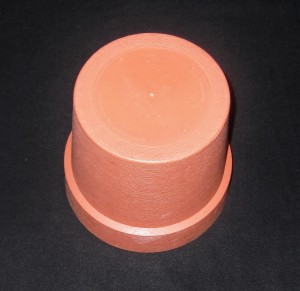 This is a plastic flowerpot used in Clockwork’s performances. Donated by Jack Kalvan.

This is a Clockwork club donated by Jack Kalvan.