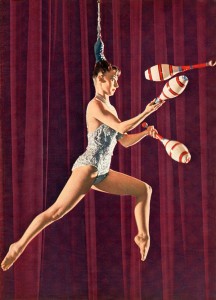 Chrys Holt was born Christine Berthold in 1943. She is the daughter of famed juggler Bert Holt, who hung by his teeth from an iron jaw apparatus while he performed difficult juggling feats. Chrys performed her entire act hanging by her hair. She made her debut in 1962 when she had to fill in for her father when he fell and badly injured himself. She performed up until the 1980s. She is now retired and living in Sarasota Florida. 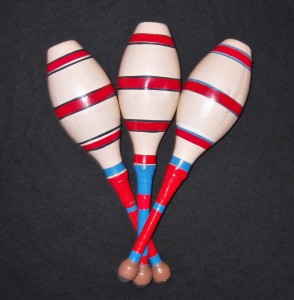 These are Chrys Holt’s spinning balls. Donated by Chrys Holt. 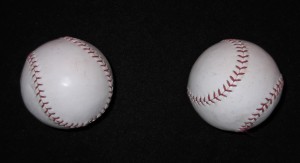