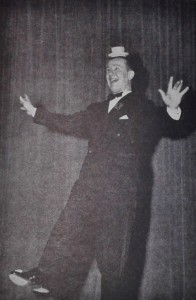 Charles Carrer (October 12, 1898 – December 25, 1971) was born in Zurich, Switzerland as Karl Karrer. Carrer took up juggling as a way to strengthen his eye muscles after suffering eye strain while working at a factory. He was billed as “The Swiss Juggler” and “The King of Jugglers”. He was also known as “Oh Boy Charlie” as he often said, “Oh Boy” during his act. He became a star on vaudeville and appeared in two feature films, Du Barry Did All Right (appearing as a waiter who juggles wine glasses and bottles) and Dexterity, both in 1937. He married magician and juggler Dell O’Dell and performed with her for many years. 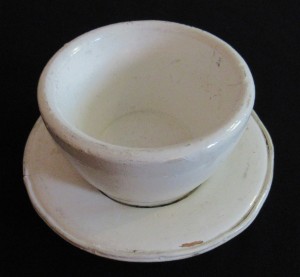 These are Charles Carrer’s cup and saucer. Purchased by David Cain from Michael Claxton.