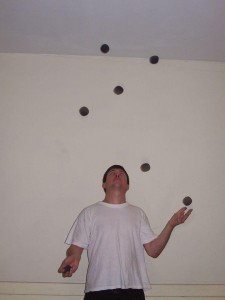 Ben Beever (1976-2015) was an English juggler known for his numbers juggling skills and his ability to do complex siteswaps. He learned to juggle at about age 14 in 1990. He invented a detailed juggling notation system called generalised siteswap, which is described in his book, Siteswap Ben’s Guide to Juggling Patterns. Ben was the second person ever to flash 12 balls on video and he is one of the few people who has qualified 10 balls. He was also the first person to do the 7 ball siteswap db97531. He was the first person to flash 12 balls in all three of the typical patterns; sync, async, and wimpy. He passed away in 2015, 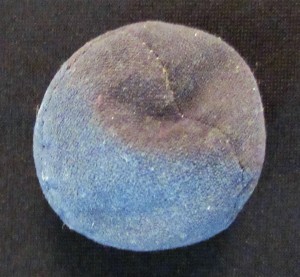