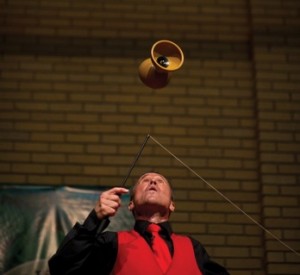 Barrett Felker (born 1959) is an American juggler who has been successful as both a solo performer and as part of several teams, including the Dynamotion Jugglers and the Gizmo Guys. As a solo juggler, he worked as halftime entertainment for the Harlem Globetrotters. 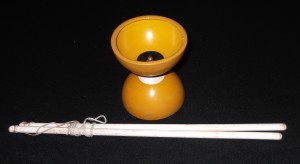 This is one of Barrett Felker’s diabolos, acquired as part of the Paul Bachman collection.