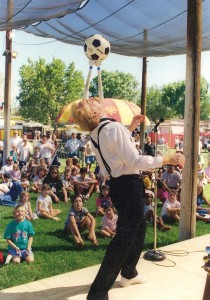 Barnaby (1948-2014) was born Dan Jeffery in Chicago, IL (USA) and began performing in 1978. He entertained audiences for well over three decades with original tricks and comedy. He was one of the only performers in the world to perform Bobby May’s cigarette trick. 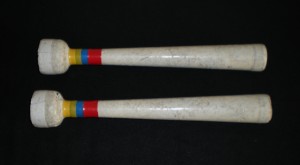 These are a pair of transfer sticks used in the traditional Japanese routine using the two sticks and a ball. The most famous trick features the ball being balanced on one stick on the chin while the other stick is balanced on the forehead and resting against the back of the ball. By leaning back very carefully, the ball can be transferred to the other stick. Barnaby is one of the only western performers to do this trick. Donated by Barnaby. 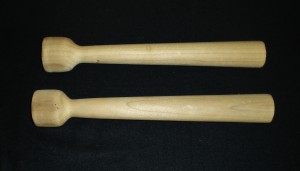 Here’s a newer set of transfer sticks. Donated by Barnaby.