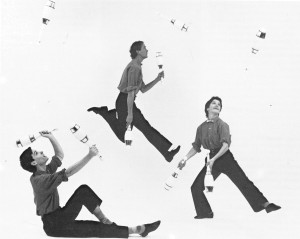 Airjazz was the the juggling team of Jon Held, Peter Davison, and Kezia Tenenbaum. From Boulder, CO in the USA, they worked together from 1982 to 2001. They were the 1982 IJA Teams Champions and the 2014 IJA Historical Achievement Awards recipients. They are considered one of the most creative and important juggling teams of all time.

This is one of Airjazz’s performance clubs, signed by all three members. Donated by Airjazz. 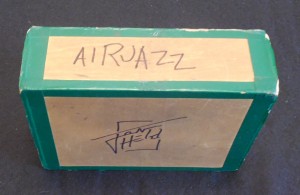 This is an Airjazz cigar box. Acquired as part of the Paul Bachman collection.